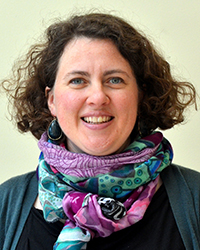 Dr. Adélaïde Doussau is an MD with a PhD in public health, epidemiology, and clinical trial design, with an interest in providing researchers with methodological support in study design, and ethics. She has an extensive background in clinical research methodology. As an Assistant Professor at the Bordeaux Clinical Trial Unit (France), she taught trial methods, provided consultations to clinicians conducting epidemiologic studies, supervised statisticians and data managers, and developed her own research on dose-finding designs in oncology trials.

As a methodologist, Dr. Dousau contributed to over 20 studies funded through hospital or national competitive academic grants. Many studies were trials, although she has also contributed to prognostic cohorts, diagnostic, and case-control studies.


She has joined St Mary’s Research Center as Project Development and Consultation Coordinator at the beginning October. She is a key part of the core support provided by the Research Center to to strengthen research capacity in St Mary`s Hospital staff. The support that she can provide includes helping staff and researchers with study design of research grant applications and research protocols (such as defining objectives, methods, sample size considerations), implementation (such as support in the design of questionnaires) and contribution in the interpretation of results.

Selected publications of the past 5 years

Congratulation to Dr. Sylvie Lambert for her  Canada Research Chairs

On Friday, Dec. 2, Kirsty Duncan, Minister of Science, announced over $173 million in funding for 203 Canada Research Chairs (CRC) at universities across Canada. Sixteen CRCs went to McGill. CRCs are granted to outstanding researchers acknowledged by their peers as world leaders in their fields.

Join me to congratulate Dr. Sylvie Lambert, Assistant Professor of Nursing – Tier 2 – for her Canada Research Chair in Sustainable Self-Management Support for Patients with Cancer and Their Family Caregivers. Tier 2 Chairs, valued at $100,000 annually for five years.

Congratulation to Dr. Sylvie Lambert and her collaborators for their grants :

'' Older adults with a chronic physical condition and comorbid depression and their family caregivers: Partners in the co-design of a dyadic self-care depression intervention '' funded from Drummond Foundation.

Congratulation to Dr. Susan Law and her collaborators for her grant from the Ontario SPOR SUPPORT Unit in the Patient-Oriented Research Capacity Building Initiatives Awards competition.

Dr. Haggerty accepted the position of Scientific Director of McGill's RRAPPL (Networks of Research Focused on Primary Practices), which is also part of Réseau-1 Québec.

Congratulation to Dr. Jeannie Haggerty for her appointment that was announced on October 18th.

The healthexperiences.ca website was launched at a special event organized by Dr Susan Law and her team on October 19th. Thirty-five people (patients, professionals, community organizations and researchers) were in attendance. The website is a collection of the experiences of caregivers and the experiences of women with breast cancer. It is now available in English. The French version of the website will be published on www.experiencessante.ca in early spring 2017. Congratulation to the Tearn !

Read the messages from Emily Pye and Courtney Abbott to learn more about them and their projects at St. Mary's :

I am currently doing my master’s in Applied Health Services Research at Memorial University of Newfoundland, and conducting research for my thesis concerning medical students’ perceptions of their writing competencies.

This summer, I am involved with three major projects ongoing at the research centre with Dr. Susan Law and Michel Lortie. Firstly, I will be helping with the Breast Cancer Health Experiences project, aiding in the preparation of a manuscript for publication (Law). Secondly, I will be involved in the recruitment process and collection of data for the clinical study of the comfort, unobtrusiveness, and irritation potential of biometric sensors on human skin (Law and Lortie). Lastly, I will be visiting the maternity ward to distribute surveys to new mothers to evaluate the new quiet time policy (Law).

I look forward to getting to know everyone over the summer!

I am completing a Master of Science in Medicine (Applied Health Services Research) at Memorial University. My project is titled "Long-term food insecurity and obesity in Newfoundland and Labrador (NL)." Previous research has shown that food insecurity is positively correlated with obesity throughout Canada as a whole. Newfoundland and Labrador, however, has the lowest rate of food insecurity but the highest rate of obesity out of any of the Canadian provinces, contradicting previous findings. My project involves data analysis of the Statistics Canada National Population Health Survey (NPHS) to assess what factors are involved in this interesting relationship.

This summer I'll be helping Susan Law's research team with a number of different projects, including the Health Experiences website, the Caregiving module, as well as the Quiet Time Project evaluation.

During the Quebec Breast Cancer Foundation gala on May 3rd, the results of the second edition of its province-wide 1 Million to Help Contest were revealed. We are proud to announce that Dr. Susan Law and Dr. Donna Tataryn were awarded a grant for the project: Behind every surgery, there’s a story - women sharing their experiences to help others prepare for breast surgery in the amount of 156 732$.

Congratulation to Dr. Jeannie Haggerty on her appointment  as Full Professor at Mcgill University

Please join me in congratulating Dr Jeannie Haggerty on her appointment on May 2, 2016 as full professor at McGill University.

She holds the first McGill Chair in Family and Community Medicine Research, based at St. Mary’s Hospital Centre and McGill University, and she is the Scientific Director of the Réseau de connassances en soins intégrés de premier ligne du Québec.

Dr. Rick Mah and his team for the project entitled ''Improving intubation through video reflexive ethnography: Towards a culture of collaborative learning givers'' ($ 19,800)

Dr. Sylvie Lambert and her team for the project entitled ''A mixed methods pilot study of the illness self-management skills, needs, barriers, and preferences for interventions among patients from a culturally and linguistically diverse (CALD) background and their family caregivers ''($ 20,000)

Dr. Susan Law and her team for the project entitled ''Introducing a Quiet Time on a Maternity Ward: Engaging Patients and Staff to Assess Benefits and Barriers ''($ 12,295)

On May 6th, 2015, CBC TV dispatched over 60 camera crews to hospitals across Canada to capture on film, powerful stories of patients and health care providers over a single dramatic 24-hour day in the life of the Canadian health care system. The primetime documentary series called “Keeping Canada Alive”, features six one-hour TV episodes and one of the biggest online experiences – 24-hour website digital streaming footage (webisodes) that highlight 36 different emotionally-charged stories that happened in that single day in hospitals across Canada, including St Mary’s Hospital.

Her pan-Canadian research team has just launched an online national survey to allow people with chronic illness and their caregivers to give their input into what the top priorities for research should be for self-management of multiple chronic diseases. If you are 18 or older and affected by chronic illness, you can complete the online survey here.

Autonomous Medicine for Space and near to home

Future human exploration of Space beyond Earth orbit and the Moon must deal with a reduced and even non-existent opportunity for the quick return of a sick or injured crew member back to Earth for medical treatment. These missions will also face considerably increased communications delays between the Crew Medical Officer (CMO) and the ground based Flight Surgeon (FS). At times, these communications will be impossible. Such isolation requires a change in medical support doctrine, from one of dependence on telemedicine to that of medical autonomy which can be achieved through a virtual medical crew member, a "doc-in-a-box", if you will and integrated crew training.

The reasoning part of the Doc-in-a-box, more properly referred to as the Advanced Crew Medical System (ACMS) in space exploration livery and Autonomous Medical System (AMS) for Earth applications, is based on current research being performed at St. Mary's Research Centre in Montreal. The goal of the research is to develop a computerized system capable of receiving examination information directly through interfaced sensors and indirectly through observations entered by a trained medical professional and, based on this examination information, establish a diagnosis and prescribe treatment.

The ACMS / AMS is comprised of two principal elements: a decision engine which processes the examination information based on rules and associations and a Clinical Knowledge Base which is derived from evidence-based medicine and combined with practice experience of physicians throughout the World.

Like human doctors, the ACMS / AMS needs to read and understand medical guidelines as they are the vehicle through which the medical knowledge, needed to stay current with advancements in clinical medicine, is disseminated. The application of machnie learning technology and natural language processing (NLP) in support of maintaining the system's medical currency are critical to the development of a truly autonomous system.

On Earth, the need for an AMS ia as acute as is the need for the ACMS in space, but manifests itself in a different form. Western medicine, as currently practiced, is expensive to the western economies and unaffordable to the developing ones. Evidence-baased health care applied systematically to every medical encounter throughout the whole World irrespective of the parctitioner's skill level can be provided at greatly reduced costs through the use of computers programmed for autonomous medicine.

For an update on the current state of this research and to view a video describing this concept, please click on the link.

The DIRECT-sc team is pleased to announce that they have received continuation funding for their research program on depression self-care interventions for people with chronic conditions. This funding will support a Collaborative Community Research Component - a series of inter-related studies that will take place in collaboration with community programs that provide services to adults with chronic physical conditions, such as cancer, arthritis, or visual impairment. For more information please see: click here.

For a brief description of the Réseau-1 Québec project, click here.

The Health Experiences research team of St. Mary's is thrilled to announce the launch of their website www.healthexperiences.ca. The website features the results of the first module: Family Caregiving based on individual interviews with 39 Canadians. This provides an opportunity to see, hear, and read a range of experiences from people who care for someone with a chronic physical illness. The Health Experiences team, lead by Susan Law, will be launching a French version of the website in early 2014. Work is also in progress for two exciting new modules - experiences of breast cancer in women, and immigrant experiences with anxiety and depression.